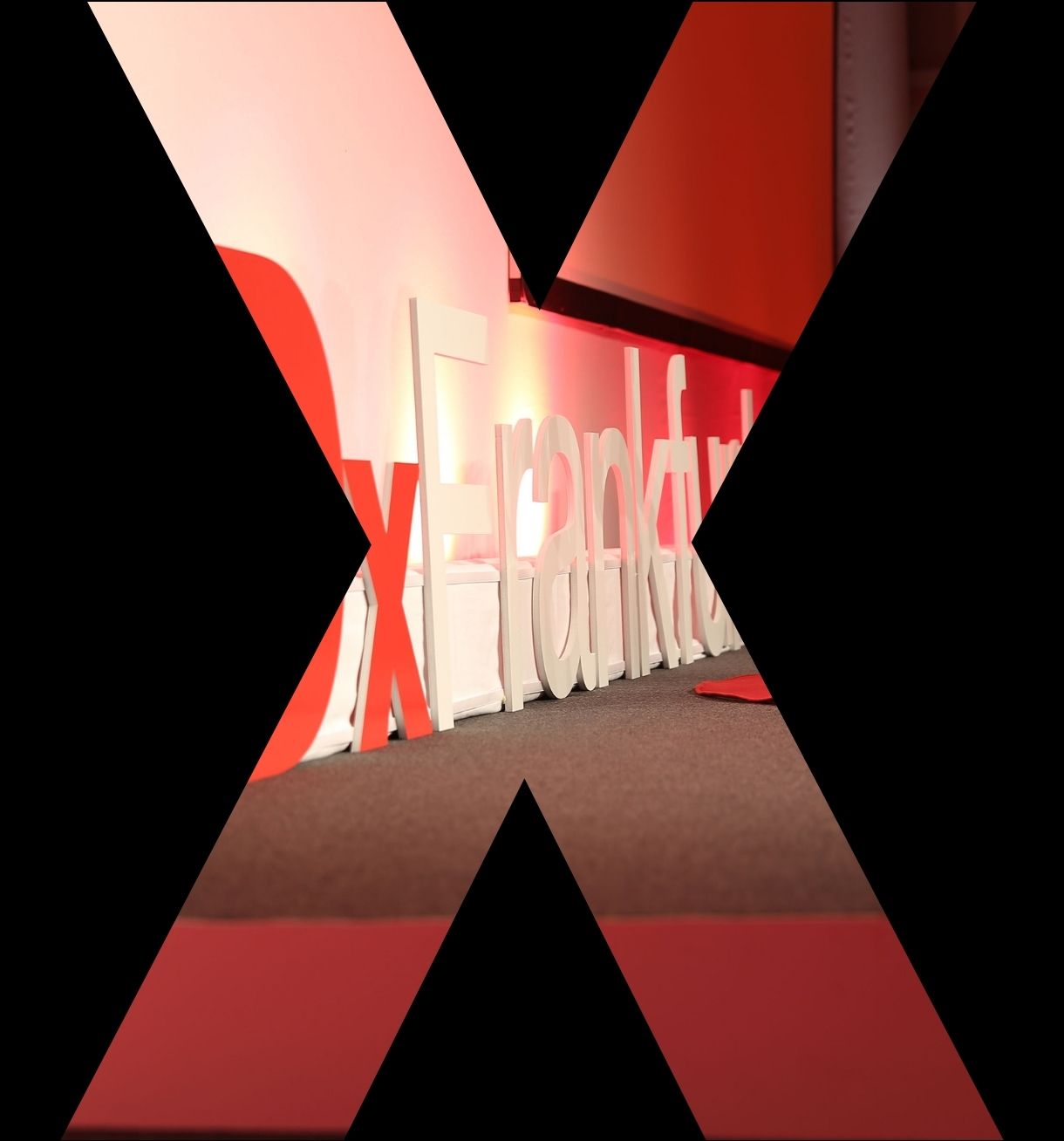 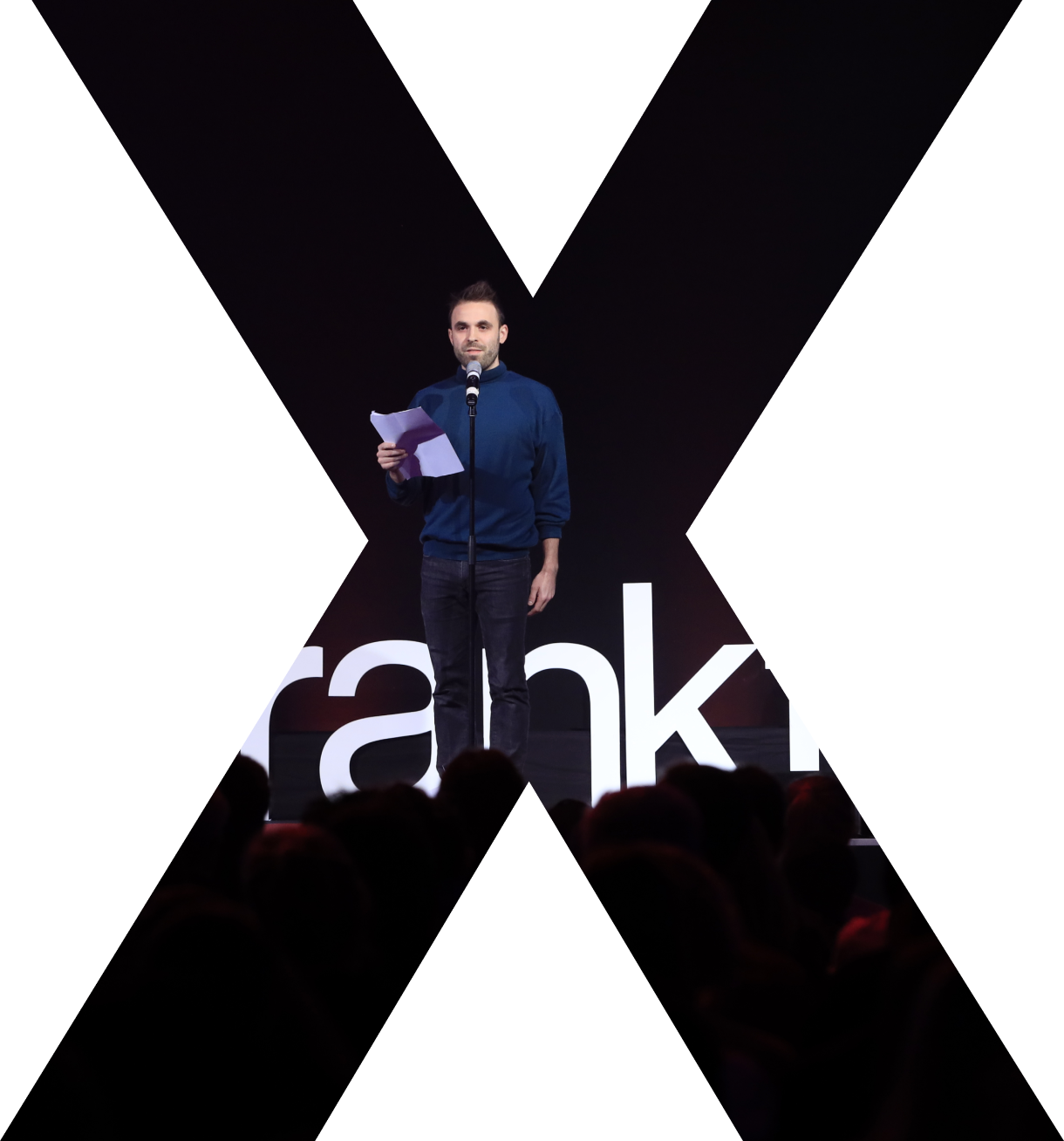 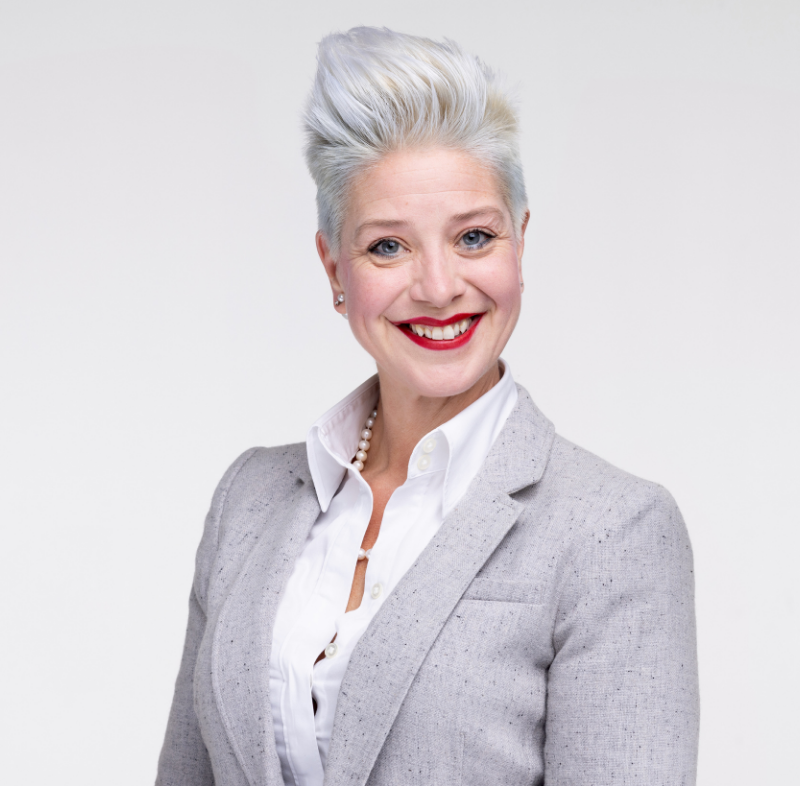 As an international corporate trainer, curriculum author and business powerhouse, Brigitta, along with her team, have become masters at questioning the status quo and teaching the fundamental and advanced key patterns to intentionally communicate. In 2004, Brigitta moved her entire family to a small town in the U.S., all on their own time and  with their own money, to build a Montessori school, leaving their city and corporate life in Munich behind.

Through the struggles of being both a young mother and business owner, she quickly learned to become a master communicator with her staff. Her businesses grew rapidly and continue to expand. Global organisations invite her to speak and learn from her while she is a servant leader and continuous learner. Brigitta’s enthusiasm for quality coaching and her big heart gave her a seat on the board of directors of the International Coaching Federation. Most of all, she loves spending time with her husband and children, travelling and exploring the world and laying in the sun to fill her tank to give, care and teach more.

Topic:
Listen to relate not to respond 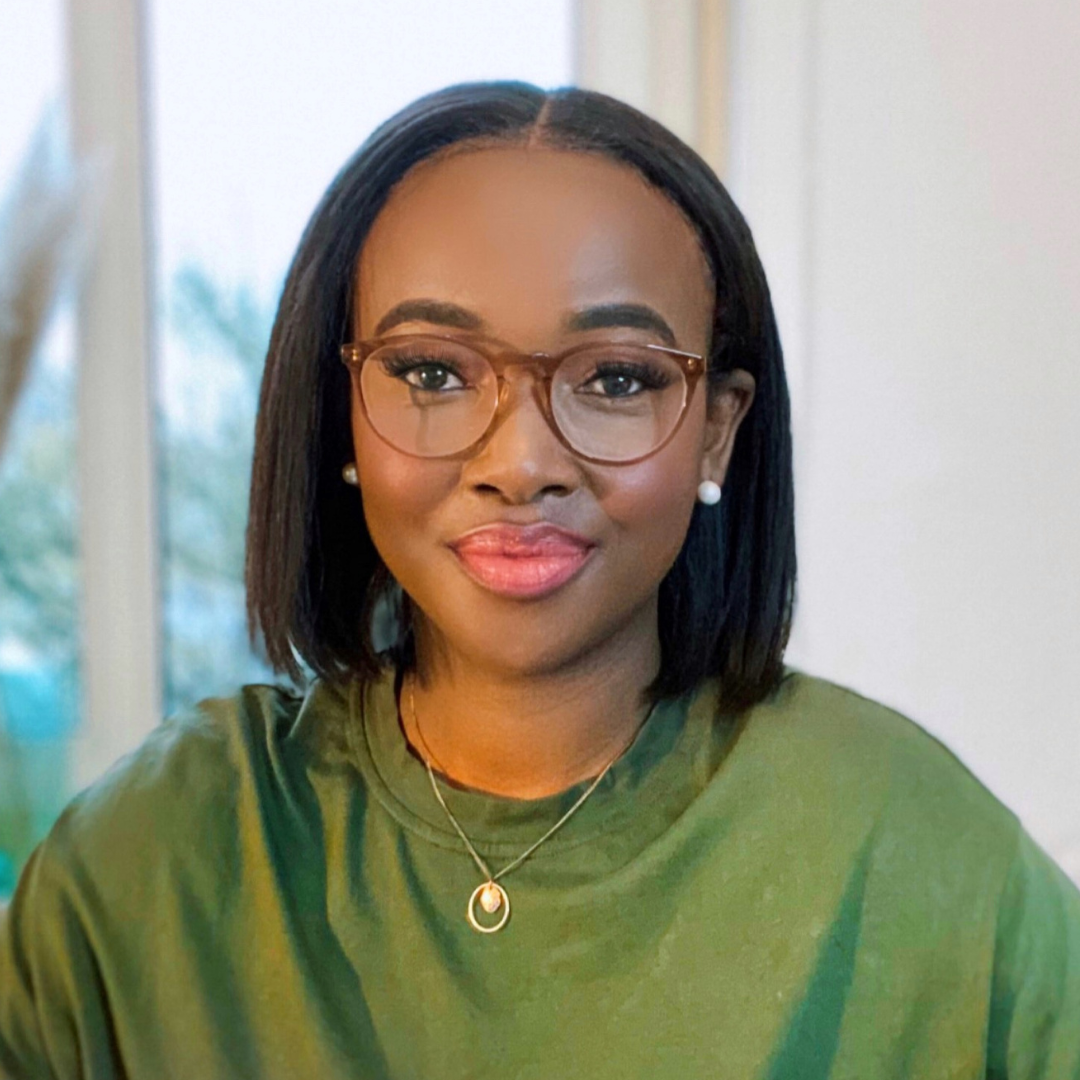 Erica Burett came to Germany 10 years ago from Kenya to work as an au pair. A country where she didn’t know anybody and barely spoke the language, she financed her studies with cleaning jobs. Without any connections, she worked her way up, bit by bit. Her first career breakthrough was at an investment bank and today she works as a consultant at one of the world’s largest consulting firms.

Driven by the hardships she went through finding a job after university, Erica founded the first mentoring platform, The Career Lounge, that helps international students and graduates in Germany successfully transition into the workspace, which has seen tremendous growth. Her story has been featured in podcasts and newspapers and she attributes her professional success to a single mindset: Fearlessness. 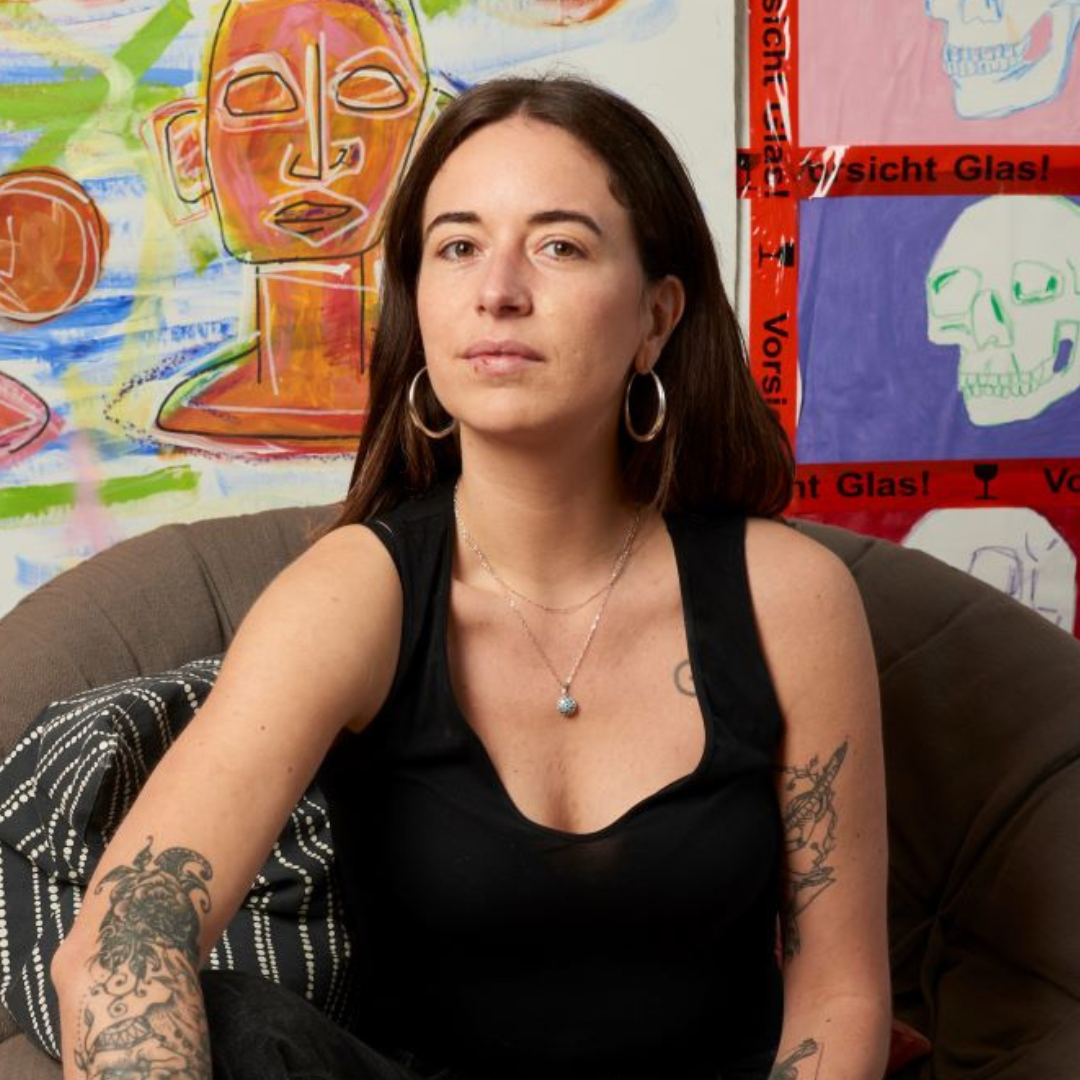 Sabela believes in magic. She is a multidisciplinary and intuitive artist who uses art as a tool to bring people together and help them unlock their inner child, who is craving to have some fun. Sabela loves to work at the intersection of art, impact, technology and entrepreneurship and actively promotes a healthy lifestyle.

With her very diverse art projects, she invites others to co-create, connect and raise mental health awareness, especially among women. Her personal collection of artwork is intuitive and spiritual and she loves showing people how they can also channel messages and attract what they want in life by using their innate power of creative energy.

Topic:
Sharpen up your intuition. Paint to connect. 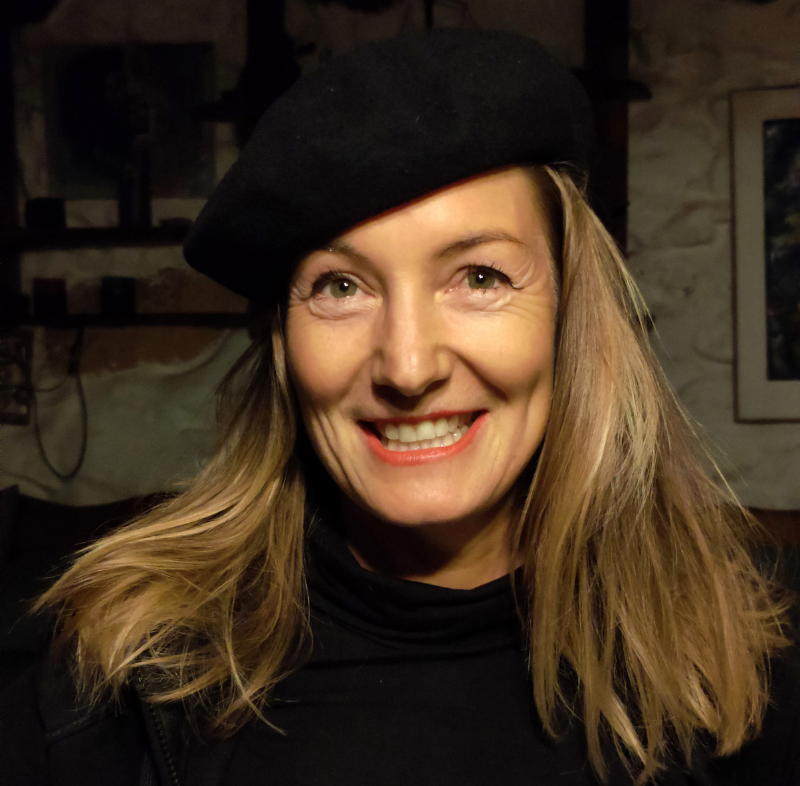 Pamela worked as a photo editor for football magazines 11 Freunde, Die Zeit and Vanity Fair; in art buying for several advertising agencies; and as a portrait and reportage photographer, travelling through Germany and Spain for the Spanish newspaper El Pais. With colleagues, Pamela ran the gallery for contemporary photography PAVLOV’S DOG in Berlin for six years. She currently works for the German newspapers Die Welt and Welt am Sonntag.

In 2016, Pamela was diagnosed with the incurable and degenerative disease Morbus Parkinson. Soon after, she founded the blog “Wanderlust with P”, which was initially intended only for friends and family, but soon found favour with a wider audience. The blog reports on her travels and her dealings with Parkinson’s disease and has become the cornerstone of the book released in 2021 about her travels with Mr P., her so-called boyfriend who will never ever leave her. 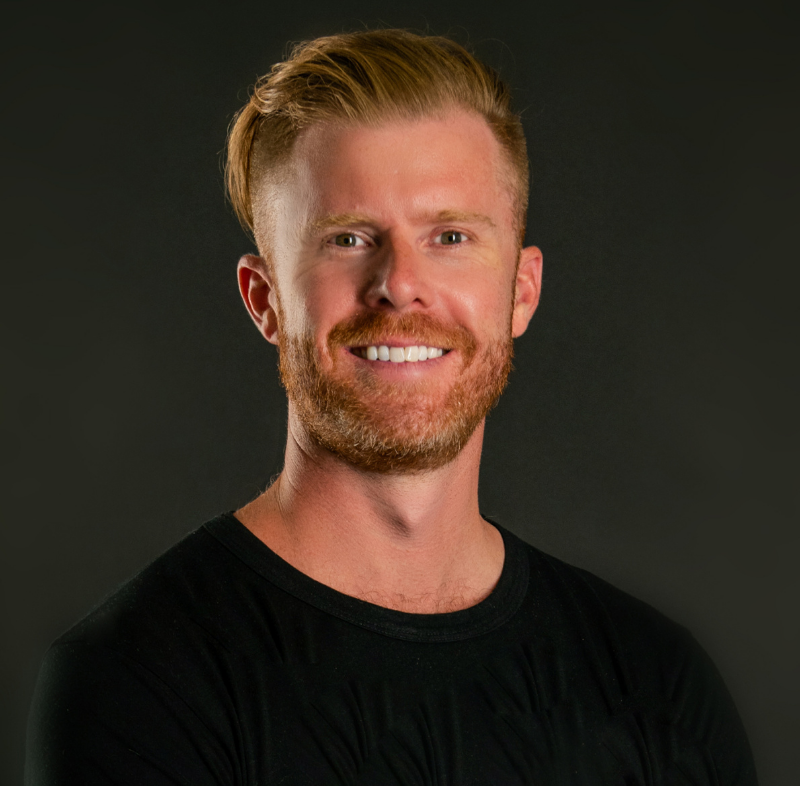 Ted Harrington is the #1 best selling author of HACKABLE: How to Do Application Security Right, and the Executive Partner at Independent Security Evaluators (ISE), the company of ethical hackers famous for hacking cars, medical devices, web applications and password managers. He’s helped hundreds of companies fix tens of thousands of security vulnerabilities, including Google, Amazon and Netflix.

Ted has been featured in more than 100 media outlets, including The Wall Street Journal, Financial Times and Forbes. His team founded and organises loT Village, an event whose hacking contest is a three-time DEF CON Black Badge winner. He also hosts the Tech Done Different podcast.

Topic:
Why you need to think like a hacker 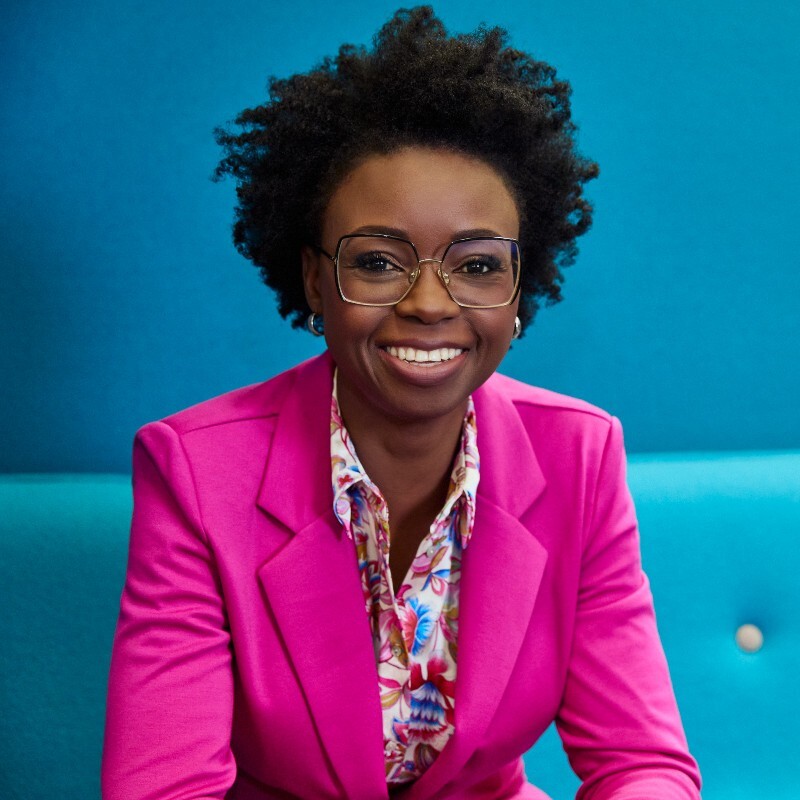 Lunia Hara is a Digital Expert and an expert in empathic leadership and combines her own background and imprint with her leadership image. Be yourself! With this motto, she wants to inspire other leaders to be more empathetic and open on the job. Currently, Lunia Hara works as Director Project Manager at diconium and leads a diverse project management team. 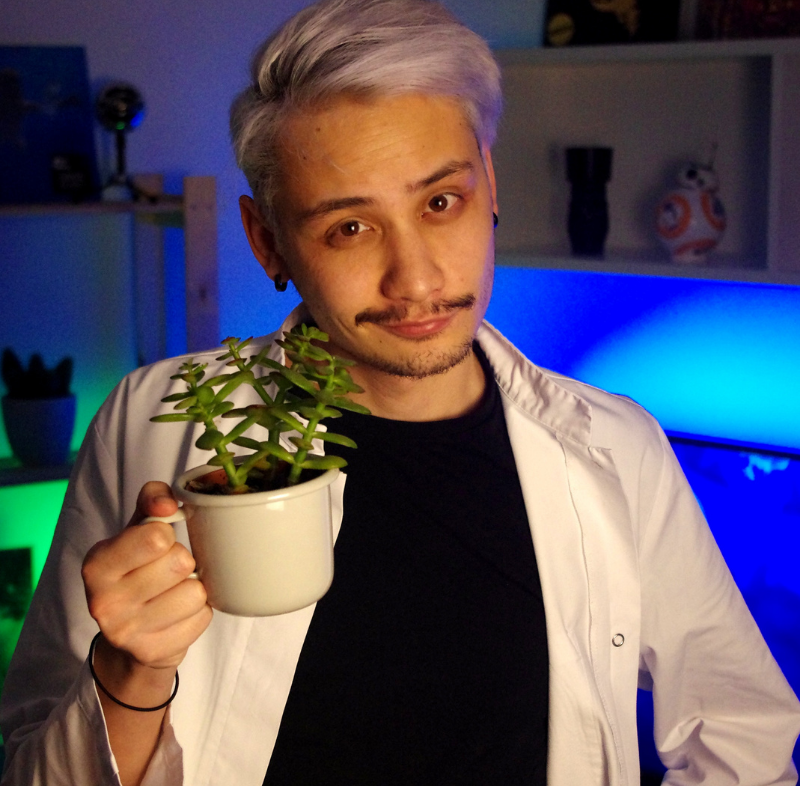 Mathieu is a pluricultural researcher, artist and content creator from planet Earth. Born in Belgium, raised in Sicily and trained in France and the US, he has now settled in Frankfurt, where he’s pursuing his PhD studies in behavioural neuroscience at the Max Planck Institute for Brain Research.
As part of his PhD, Mathieu gets to work with his favourite animals: cephalopods, a group which includes octopuses, cuttlefish and squids. Not only do these animals possess what might be the most alien-like intelligence known on Earth, they’re also masters of camouflage. Those characteristics are at the core of Mathieu’s current thesis project: the development of the camouflage control system of cephalopods.

During his free time, Mathieu creates educational content on his YouTube channel, as Dr. NEMO. In this virtual lab, he mixes his love for science with animation and music, creating an explosive cocktail of fun.

Topic:
Yes, you can be an octopus too 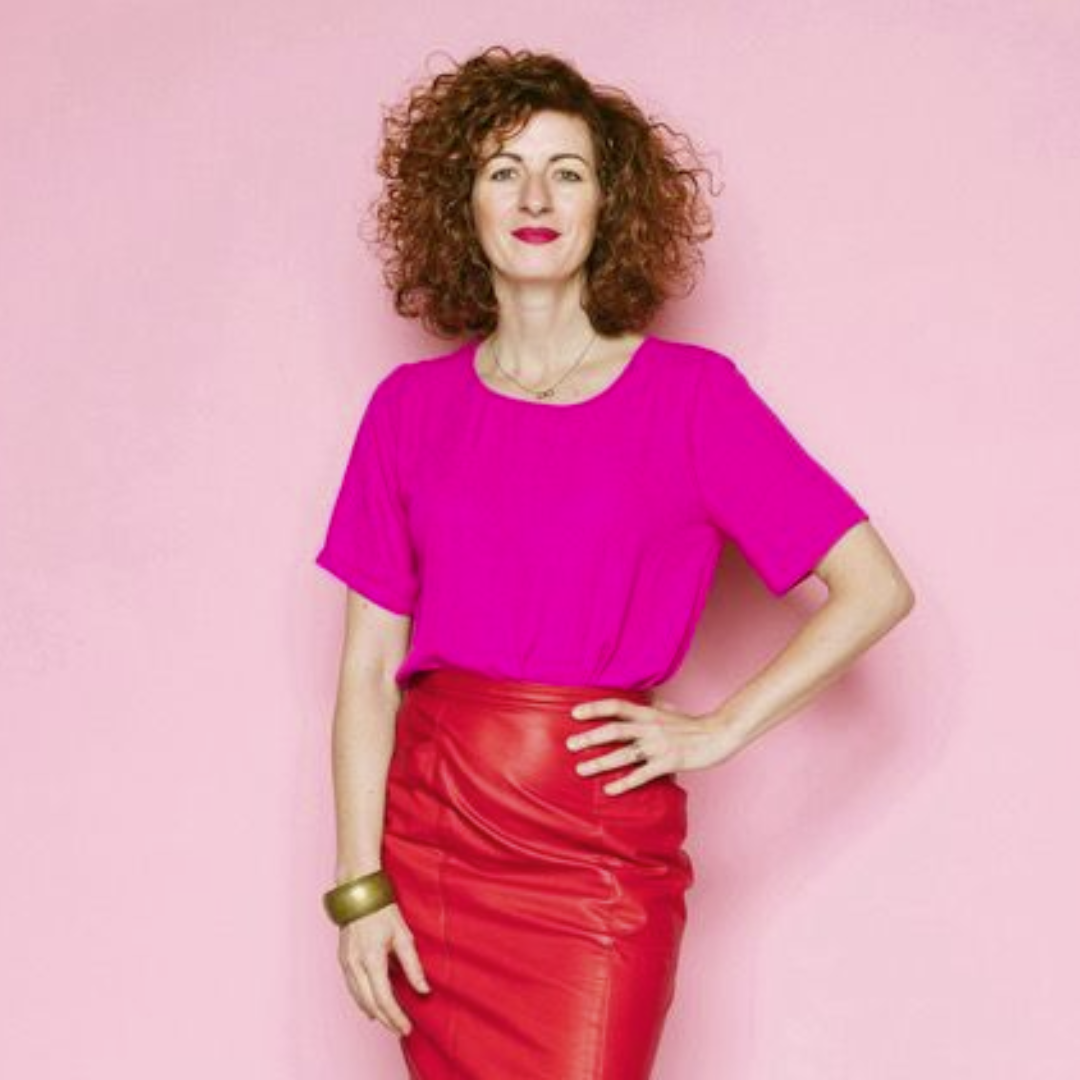 Eva spends her days revolutionising personalities helping people overcome limiting beliefs and inner success saboteurs. She invented her own mental coaching technique and uses it to support adults in becoming more successful in life and business to be better role models, leaders and happier people. Her talk will tell you about why you are who and where you are, how to change that and why your genes don’t matter for it.

Topic:
Finding and living love after 40 – The secret ingredient for your relationship 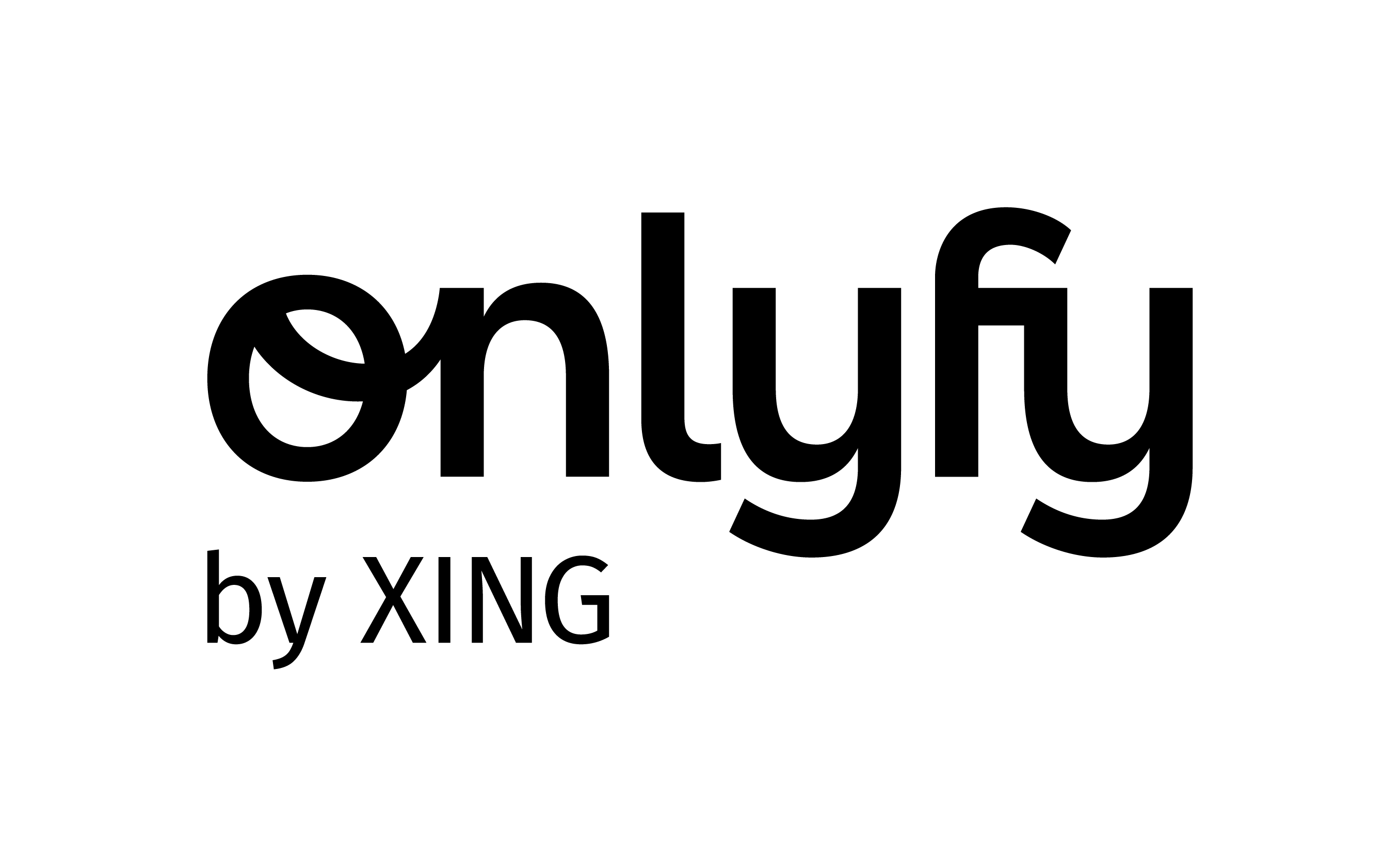 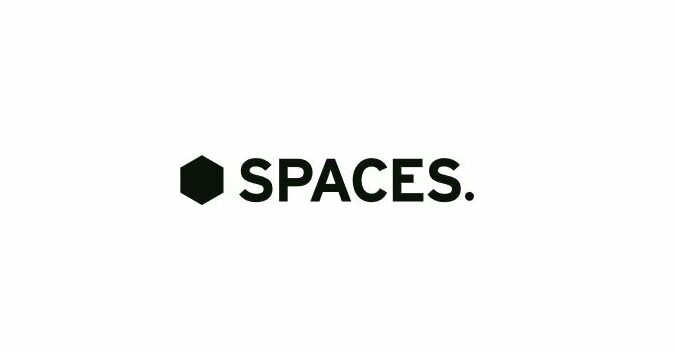 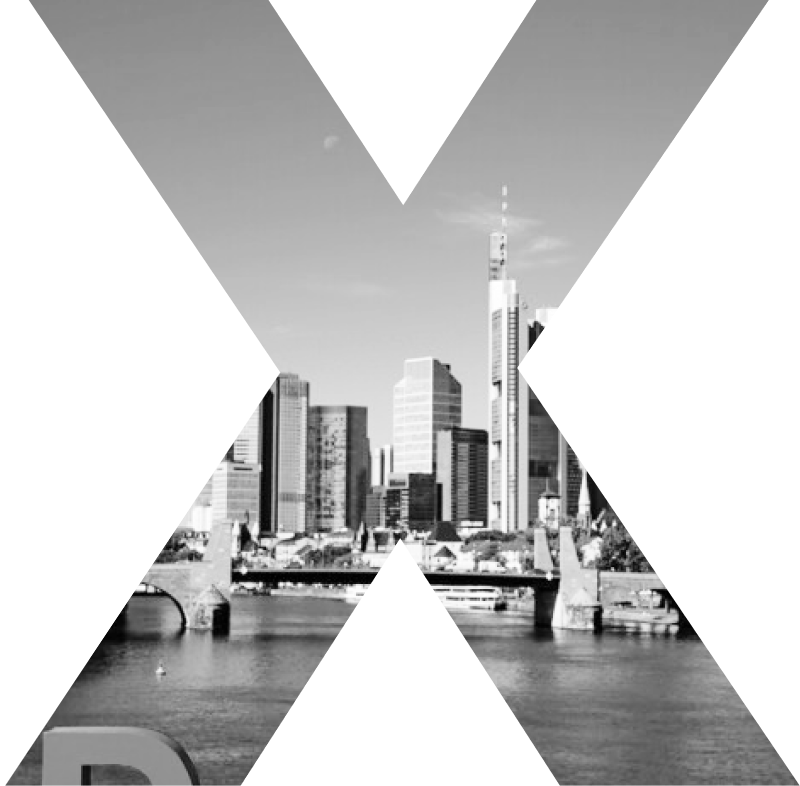